Here's Why My Band's New EP Isn't Out Yet 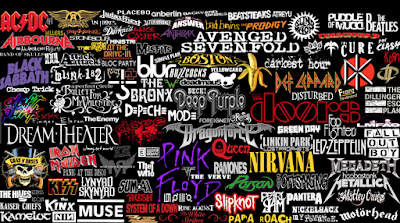 Red Treasure, my rock band, finished its second EP, containing 5 new songs, a while ago.  When it was first completely finished, I was all ready to release it the way I released my solo album Just Keep Goin' in 2012, and the way we released Red Treasure's first EP, The Hothouse Trip, in 2016.  We were just gonna post about it non-stop on all our Facebook, Instagram and Twitter pages for a couple of weeks, and hope that some miracle happened - that it somehow would go viral, and be spread to the masses, instead of only to our friends and the people who knew the band already.

Some rock musicians don't care about marketing and advertising, and I completely respect that.  For me and our music, it feels like marketing and advertising is necessary.  The tricky thing to me is, a rock band and its music aren't the same as traditional products.  We can't sell our music the way someone might sell a vacuum cleaner or a car.  With the way people's purchasing patterns around music have radically changed yet again, it doesn't even seem like a good idea to focus on selling the EP.  We really just want people who dig it to find it and listen to it, and to come to our live show someday when we tour and play their city.  So how do we DO that?

When I realized I was about to do the exact same thing with Red Treasure's new EP that I had done twice before, I stopped and had to admit something.  I didn't know how to market or sell our band or our music.  I needed help.

A good friend of mine who knows a ton about marketing has been helping my bandmate Gabriel and I put together a marketing plan for the new EP.  That's no guarantee of any particular result, I know.  But I do feel like we are going to at least give strangers who have never heard us before a chance to hear us.  It's taking a while...turns out marketing involves a lot of work!  The artist in me has been jumping out of my skin since we finished it to share it with as many people as possible.  But I'm practicing patience, and trusting that if we take a little more time, and humbly begin to learn what we don't know, our music will get to more people and therefore create more joy in the world.

It isn't sexy, in fact, it's super-un-rock-star-like to having to keep telling people who ask, "No, the EP isn't out yet.  We're not exactly sure when it will be out.  We're working on our marketing plan right now."  But it feels like the right thing to do.

I know many people might read this and think I'm the antithesis of rock n' roll, talking about a marketing plan.  But I always remember - Kurt Cobain sent the Nirvana demo tape to every record label he could think of - and sent most of them a second copy when he didn't hear back.  He eventually signed the band on to one of the largest record labels in the country at the time.  I have enormous respect for his music, I feel he never once compromised or tried to come up with a song by trying to figure out what lots of people would like to hear.  He created his art his way, and he was ruthless about it.  But he definitely had a marketing plan.

You can listen to our first EP, The Hothouse Trip, HERE.